As I looked down at the ochre-stained object resting in my hands, I felt an undeniable sense of peace.

Was I cradling a representation of the first goddess?  Her features were so unlike those we would associate with divinity today.  She did not fit our socially-accepted standard of beauty.  And yet, she was not ugly.  I did not find her repulsive.  There was a different sort of beauty about Her, one I couldn’t explain, but I knew it was there, carved upon the stone, nonetheless.

There was power in Her.  I could sense it.  The power of love, the power of protection, the power of peace…the raw, untamed energy of the deep earth.  It radiated out from the tiny statue that had been carved with such care and love thousands upon thousands of years ago, with a quality that couldn’t be diminished over space or time.  She was as She had always been and would ever be.

It was such a small object, but its presence evoked so much more.  I wanted to cry, so moved was I by Her.

There is no evidence to suggest that what you are holding is an ancient goddess.  I heard the words I had read earlier echo in my mind.

I don’t need any evidence to prove it one way or another, I responded.  Why?

Because the tears rolling down my cheeks told me all I needed to know.  Because I knew it in my heart, and it was enough.

This piece of flash fiction was inspired by my interest in the palaeolithic.  I had already posted it on one of my other blogs, but have decided to move it here.  Hope you enjoy it.  Feedback is always warmly received…

One thought on “Venus Figurines – a piece of flash fiction” 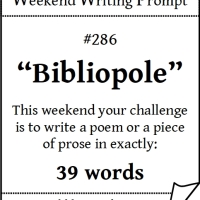