We all gathered outside the cave entrance, waiting since sunset, as per the orders of the clan-elders.  It was dark save for a few torches lit either side of the opening.

And here we were, waiting…for what?  No-one seemed to be sure.  Everyone was talking in whispers; the air of anticipation surrounded us.

As if pre-arranged, the crowd fell silent.  A distant drumming could be heard; although we couldn’t see anything, we all knew it came from inside the cave.

Moments passed and nothing happened.  Everyone was watching the entrance to the cave intently.

A noise from behind us had the crowd turning to face the other way, as one.  Before us, we could see our holy man, dressed in the skin and antlers of a stag, his usual awe-inspiring ritual garb.

‘Follow,’ he said, pushing his way through the crowd, heading towards the entrance.  ‘This night we speak to the children who come after us.’

Very hushed mutterings went up from those gathered, but one look from our holy man and it stopped.  He entered the cave taking with him one of the torches, and the crowd followed behind him in a long line.

We did not have far to go.  The line slowed, only creeping forward.  My heart beat in time with the rhythm of the drum which sounded louder now, but I still could not see anything.

When I was finally at the head of the line, those in front of me now gone, I was allowed into the small side cave.  The stone room was lit by torches that threw shadows around the wall and illuminated a painting that made my jaw drop.

‘Dip your hand in the dish, and press it to the wall,’ the holy man encouraged.  ‘Don’t be afraid. Go leave your message.’

I did as I was asked and as I removed my hand, a question came to me.

‘What does it say?’ I asked the holy man.

‘Do not worry, for those that come after will understand it.’

This piece of flash fiction was inspired by my interest in the palaeolithic.  I had already posted it on one of my other blogs, but have decided to move it here.  Hope you enjoy it.  Feedback is always warmly received…

One thought on “In the Cave – a piece of flash fiction” 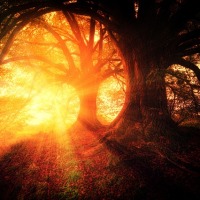 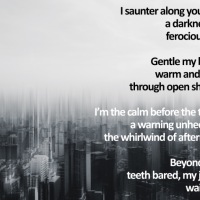