This is the seventh part in an ongoing serial I’m writing. To read from the beginning, click here.

‘So what you been doing for two hundred and fifty years?’ Damon asked his brother.

‘What sort of stuff?’

Damon was about to sigh, when he realised he wasn’t particularly interested in hearing what Crispin had spent the last two and half centuries doing. No doubt it was nefarious. No doubt some of it at least, was criminal.

They fell once more into silence, though it could hardly be described as companionable. Yet it wasn’t too long before the sound of rattling could be heard somewhere amongst the gravestone to their right.

Damon halted and peered into the gloom and a moment later the cause of the noise became apparent. ‘Oh no,’ Damon whispered.

‘Oh no,’ he whispered again. They had been spotted.

Damon stayed on the path and groaned audibly as a bright, white skeleton dressed up to the nines, wobbled unsteadily towards them. The skeleton was wearing a wig of long, flowing blond hair and a long, bone-hugging dress in blood red. Around her neck vertebrae was a feather boa and on top of her head, a top hat, positioned precariously atop the wig, at what could only be described as a jaunty angle.

‘How is my favourite demon?’ she cooed, before realising her favourite demon was not alone. ‘And who is your handsome friend? Won’t you introduce us?’ She offered Crispin what she hoped was an alluring smile but it was nothing short of sinister.

Crispin, who had seen a lot of the world of the living and the dead, instinctively took a step backwards.

‘Crispin, this is Shelly the Skelly. Shelly, this is my brother, Crispin.’

‘Your brother! Oh how divine!’ she crooned. ‘How very nice to meet you,’ she said, offering Crispin a hand encased in a black glove that reached up to the elbow.

Crispin declined to shake it, kiss it, hold it, look at it, and Damon suppressed a chuckled. Crispin it seemed, was a little frightened of Shelly.

‘Umm…don’t we have a thing…’ he mumbled, turning to Damon. ‘Better go and see what it was, eh? Can’t have people screaming without good cause, even if we are in a cemetery. We better be off,’ he directed at Shelly, taking another step away from her.

‘But you can’t go yet! We’ve only just met! And Damon, you haven’t even commented on my dress!’ She turned around, before looking over her shoulder at the brothers. Then, with a hand on her hipbone, she asked, ‘Do my bones look big in this? It’s my outfit for the Halloween party at the college down the road. I thought I’d have a bit of fun with them.’ She would have winked if she could, but she couldn’t. All she managed to do was dislocate one side of her jaw in the attempt.

And with that, he waved and then continued on his way. Crispin ran on ahead.

23 thoughts on “Dressed Up To The Nines” 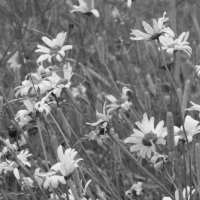