A short half chapter for this week’s Tolkien Tuesday. I had thought to combine the two instalments of Chapter 5 together and write a single post, thinking I wouldn’t have enough to fill two post, but no fear! When it comes to The Lord of The Rings, I always have plenty to say, it seems… 🙂

This week we started Book 2, Chapter 5: The Bridge of Khazad-dum.

On discovering the fate of Balin, the company, for a short time, indulge in some personal reflection. Then they begin to study the chamber and realise a battle had taken place here. A book is found which Gandalf begins to read; it is a record of the fortunes of those who travelled with Balin to re-take Moria. Starting roughly 30 years ago, Gandalf reads aloud from pages which are the least damaged. One of the events he shares is the death of Balin, after which, Moria is over run with orcs. The last entry informs them that the surviving dwarves perished a few days later in a last stand in the chamber they are in.

Gandalf tells Gimli to keep the book and if he can, return it to Dain, King Under The Mountain. Geographically, Gandalf knows exactly where they are, and knows the way they must go: back into the hall and towards the eastern arch.

However, the sound of drumming is suddenly heard, so loud and deep in the earth that it causes the ground beneath their feet to shake. To answer this, horns begin blowing and harsh cries sound. They can hear the scurrying of many feet. The irony of being caught in a similar trap to the dwarves they’ve just been reading about is not lost on them.

Gandalf decides to close the western door to the chamber, leaving the eastern one open for their escape. Then he steps out into the hall and challenges the orcs, before using his staff to cast a spell. Returning, he declares that not only are there a great many orcs but at least one cave troll as well.

Aragorn, guarding the eastern door, tells them there is no noise coming from this exit, and that there is an staircase that leads down. However, they must delay their attackers or fear being chased wherever the steps lead.

Boromir bars the western door but it is opened by a cave troll, which Frodo attacks with sting. The cave troll recoiling, Boromir bars the door again. However, it is broken down and the room fills with orcs and the fighting is fierce. When the orcs flee to regroup, Gandalf says it is time for them to make their escape. As they are leaving, Frodo has a spear thrust at him by an orc-chieftain, and they fear him dead. Aragorn picks him up and then almost drops him when Frodo starts talking. They start down the steps…

Next week we will finish Book 2, Chapter 5: The Bridge of Khazad-dum

The power of repetition is used to good effect in this chapter, ensuring a rising sense of danger is felt by the reader.

We first encountered it in the previous chapter when Pippin dropped the stone in the well and the noise is answered by the sound of knocking. This is heightened when Gandalf reads the record of the dwarves time in Moria, especially the words: “…drums, drums in the deep…”, which they themselves hear a little while later.

Then there are the phrases, “We cannot get out”, and “They are coming”, which are repeated in the record, and then by the company themselves, (the first by Gimli, the second by Legolas), when they realise what is happening.

This mirroring of the past in the present is chilling because we’ve just read how it ended for the dwarves. And we, like the company, know what is coming…

We have another link back to The Hobbit in this chapter, as well as being offered a glimpse at how poignant this part of the journey is for Gimli.

Three of the dwarves that went on the quest to retake Erebor from the dragon, Smaug, are mentioned. At the end of the last chapter, the tomb of Balin, who led the ill-fated attempt to retake Moria, is discovered. In this chapter, we read how he died, the account written by another dwarf who was part of Thorin Oakenshield’s company, Ori. Ori writes the final pages in the book the Fellowship finds, and he dies in the dwarves last stand. We also learn how Oin, brother to Gloin and so Gimli’s uncle, met his end. Let’s not forget that Balin was a kinsman of Gimli, Gloin and Balin being cousins.

What was your favourite part or favourite quote from this week’s half chapter?

I think the phrases, “They are coming,” and “We cannot get out,” are iconic quotes, clearly representing the danger the Fellowship is in, and so these have to be the top of my list. I like how they are used to connect the past with the present.

However, another favourite quote is Gandalf’s: “Swords are no more use here.” It lets you know that whatever is about to happen, a wizard rather than a warrior, even seasoned warriors like Aragorn, Boromir, Legolas and Gimli, is needed. 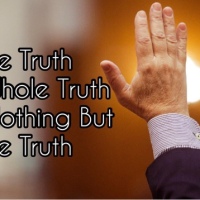