This is Part 14 of an on-going serial I’m writing called, “Lyr the Enchanter”. To read the story from the beginning, you can find the story index, here. 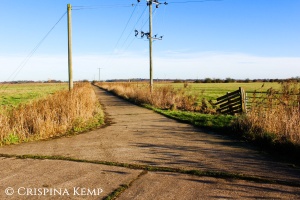 I put my back to the outcrop and sat down on the ground. Looking up at the clear sky, it was hard to believe that I spent the last night hiding in a rock niche on the foreshore, while my wife battled a sea-serpent. No sign of the spell-storm lingered, bar the slightly smoky taste to the air, but even that was fading.

I watched as Arastia approached the river. Standing on the bank, she whispered something into her empty hand. Whatever object she conjured, she dropped it into the inky waters.

Shaking my head, I wondered at the strange turn of events. The word ‘father’ went over and over in my mind. It was strange and unfamiliar, not a word I associated with myself. And yet seeing my son as I enchanted Arastia, I felt the connection between us. It was uncanny.

Suddenly I felt afraid. But why?

Written for Crimson’s Creative Challenge #14 – It’s been almost two months since I update this story, and I’m pleased to report, that it was under the word count at 149 words, and the story came straight back to me without much prompting being required.  Look out for more updates on Lyr; I plan to post regularly in an attempt to catch up 🙂

This is Part 13 of an on-going serial I’m writing called, “Lyr the Enchanter”. To read the story from the beginning, you can find the story index, here. 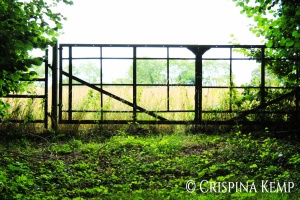 ‘You don’t believe me, do you?’ Arastia’s voice was soft.

The truth was, I didn’t know what to believe. ‘I’ve been in prison for ten years, Arastia, and you wait until now to tell me I’m a father…’ My tone was heavy with suspicion. ‘Why would I trust anything you say?’

‘I don’t blame you, Lyr. Enchant me. Then you’ll know the truth.’

I should have said no when she said that. But I didn’t. I enchanted her and learned the truth for myself. I saw my son.

‘Come.’ I started to walk away. She followed in silence. Out of the palace and across the island we went, only stopping when we could go no further.

The barrier before us was solid rock. Two stone-hewn towers flanked the only breach in it; a river channel that quickly disappeared into the darkness of a cave.

‘Call The Boatman, Arastia. We have need of him.’

Written for Crimson’s Creative Challenge #13 – I’ve gone over the word count this week but by only three words.  Must try harder next week 🙂

This is Part 12 of an on-going serial I’m writing called, “Lyr the Enchanter”. To read the story from the beginning, you can find the story index, here.

Arastia was quietly sobbing as she led me back to the palace. My instinct was to comfort her, but I held off, waiting to see if this was just another ploy to manipulate me.

The palace was cold, dark and devoid of people. The cavernous rooms echoed with the sound of our movements.

Suddenly my wife stopped before a statue. It was ancient and towered high into the air. A inscription read, “Ur*, The King of Kya-Shar, Lord of The Island of In-Between”.  The Bull.

The figure was intimidating, even when cut from stone. I had met him on two occasions only. He was Arastia’s father.

‘His magic is failing,’ she whispered. ‘His wanes, while mine grows. He blames me. And somehow I must…fix it.’

‘What does that have to do with me?’

‘I wasn’t lying when I said I need your help. He has taken my son, Lyr…Our son.’

* “Ur” is the name of a rune in the Elder Futhark (a runic scripts) and means “aurochs”, a now extinct breed of very big cattle, or “wild ox”

She was never here.  Never present.  Always lost in daydreams, a far-off look in her eye.

She had so much, but couldn’t see it.  She was too attached to her illusions.

Without them, she was nothing…

Note: The Seven of Cups from the Tarot is often associated with daydreams and having unrealistic expectations from life, and corresponds perfectly with the word, “wool-gathering”, I think 🙂

They called her Helter-Skelter, with her bird nest hair.  She would walk in long loopy zig-zags, across pavement, roads and grass, her path mapped out where only she could see it.

They called her Helter-Skelter, with her strange big eyes.  She would look all about her, her head moving in big, slow circles, round and round, but only when she thought no-one was watching.

They called her Helter-Skelter, with her sing-song laugh.  She would smile and giggle and wave at those who could see her – and those that couldn’t.

She was always happy, that’s what the storytellers said.  Even now, stuck in an endless tour of the fairground, she was happy.

This is Part 11 of an on-going serial I’m writing called, “Lyr the Enchanter”. To read the story from the beginning, you can find the story index, here.

Arastia’s words rang in my ears. You owe me a debt.

‘I owe you nothing.’ My voice was surprisingly firm yet quiet.

She turned her eyes upon. They were as deep and as dark as the waters that surrounded the island, and just as dangerous. I shivered. That was a look she reserved for others; she had never set it upon me before. Rather stupidly, I paid the warning no heed. Always, she was the dragon, and I the lamb. Not this time.

‘It’s you who owes me a debt. A ten year long debt. Or have you forgotten?’ I hadn’t; I thought of it every day in prison. ‘Your scheming…lies...love, have ruined my life.’

Suddenly she burst into tears and crumpled to the ground. ‘I cannot do this any more. Lyr, help me. Please. There’s a secret I must tell you. Then you will understand everything.’

This is Part 10 of an on-going serial I’m writing called, “Lyr the Enchanter”. To read the story from the beginning, you can find the story index, here. 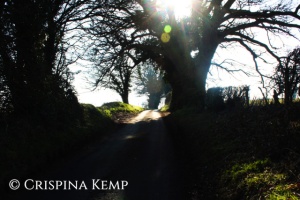 Never strike a bargain with a monster. You will, most likely, get turned into one yourself, or get eaten by one. I didn’t like those options. But did I have a choice?

Before I had a chance to think, let alone answer, there was an ear-splitting crash in the twilight above. The monstrous sea-snake screamed before engaging in magical battle. I darted for cover to avoid getting caught in the spell-storm.

There was nowhere to hide, but for a slight depression in the cliff-face; it could hardly be called a cave. But there I sought refuge, and waited.

It was dawn when the storm ceased. I stumbled out of my shelter, surprised by the calm brightness all about me. Of the sea-snake there was no sign.

Arastia waited for me on the shore. ‘I have saved you, Lyr, from the scheming of sea-serpents.’ She smiled. ‘You owe me a debt.’

Written for Crimson’s Creative Challenge #10 – And this week, I am exactly equal to the max word limit of 150!  Yay! 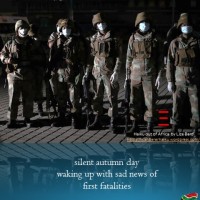 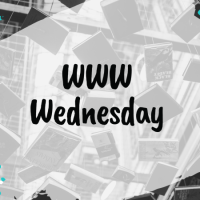