An update on my Camp NaNoWriMo Project, accompanied by random yet soothing photos…

Not surprisingly, given my easily distracted mind at present, I haven’t written a poem and piece of flash fiction every day of July so far for my Camp NaNo challenge. I have however, already smashed my writing goal and have a combined total of 15 new poems and pieces of flash fiction.

My goal was 3100 words in total. I’m currently at 3510. Yay. My aim at the moment is to take the pressure off, to not make myself write on this project if I don’t feel like it. I have been writing other things (I’ve being planning a couple of novels and writing chapters for a handful of WIPs), and I do feel this is enough, which is new for me.

Usually, I’m determined to push myself, to ramp up the pressure, until I have completed such-an-such a thing, for the simple reason I said I would do it, and if I didn’t, I would feel the failure considerably for not having done so.

Perhaps I would feel differently if I hadn’t hit the word goal? May be. But it doesn’t matter. Along with accepting that I am not going to complete this challenge in the given the timeframe, I’ve decided to turn this into a longer term project. This collection will have a combined total of 62 poems and mini stories at some point in the future, I just don’t know when.

It was a last minute decision but I’ve decided to join in with this month’s Camp NaNoWriMo. It’s been a few years since I’ve participated officially (I have participated unofficially a few times, setting my own targets), so it will be fun to give it another go.

What I like about Camp is that you can set your own goals so there is no pressure. My project this month is simple: write a poem and a story a day, every day in July. I’ve no chosen theme or style, allowing myself to write whatever I feel moved to write each day, and how much I want to write. That means I’ve set the word goal very low, at 3,100 words. So, if I’ve only got a haiku and a three sentence story in me on one of the days – or on all of those days! – that’s fine.

Is anyone else joining in with Camp NaNoWriMo this month? If you are, what are you working on? I would love to know.

Skye stood at the crossroads.

“I don’t know which turn to take. I’m lost and can’t remember where I’m going,” she whispered to herself, tears threatening.

“Everything is unknown until we know it, the future, the way forward. Everything,” a voice said, but there was no-one else there with her.

“But which way is the right way?”

“Does it matter? What does your heart say?”

Thanks everyone for your patience. I took an unexpected blogging break at the beginning of April. My intention had been just to slow things down for a few weeks, coinciding with a hiatus over at Whispers and Echoes, but it was clear I needed to do a bit more than that. Sometimes, you need to stand back from everything and just breathe and have a think about what you’re doing and where you’re going, and what you want to be doing, all without the pressure of committing to anything. And I decided to give myself the time and space to do that.

So here we are six weeks later…Is the blogging break over? More or less.

Although I’ve not been blogging, I have been busy doing other things, many of which are related to the blog. The only one I’ll mention now is about starting a found poetry series, using classic works of literature. The first one is inspired (if that’s the right word? Perhaps utilising would be better…) by Mary Shelley’s Frankenstein, which I’ll start posting later today and continue daily until Friday.

I’ve also been writing (of course!), and been working towards finding my historical romance novel a home. I’ll go more into this and the journey of this story another time, but in between putting together submission packages, I’ve started on the first draft of the book which follows on from it.

My favourite part of the writing process is writing the first draft. I don’t often deviate very much from my first draft once it’s committed to paper / screen, so it’s here where I find the magic happens. There’s something very exciting about seeing the story unfold for the first time and witnessing how your characters respond to what’s going on around them. What’s you’re favourite part of the writing process?

And that’s my update. I’m going to go and start my poetry series, and then I had better get working on the next 52 prompts for the Weekend Writing Prompt, as the one posted on Saturday was the last prompt of year 4! I can’t believe how long we’ve been doing this, but I hope everyone is still enjoying it! After that, I have a fair few blog visits to make, and comments to catch-up with.

Once upon a time, in a land not-so-far away, there lived a princess.  Well, no.  She wasn’t a princess.

She was a librarian.

But, she felt like a princess, because she spent most of her time in a castle, by which she meant “library”.

And every day, the Prince – who wasn’t really a prince but an English Professor – would come to the library on his lunch break.  They would smile shyly at one another, but never talk.

One day, that changed.

‘Come fair maiden, take my hand,’ he whispered. ‘Let me show you a world beyond these shelves…’

This was originally posted on this site in September 2016.  You can find it here.

I dreamt of imperfect perfection

Of days spent laughing in the sun

I dreamt of the flawed and the fractured

I dreamt of the broken twisting pathway

That would take me to my journey’s end

I dreamt of disjointed intentions

Of happiness and peace amongst friends

I still dream of imperfect perfection

The ups and downs to be found in this life

I still dream of disjointed intentions

This was originally posted on this site in May 2017. You can find the post here.

I was saddened to learn that last month Zimbell House Publishing closed.  I have fond memories of writing for their varied anthologies, and always will.  When I first started thinking about submitting my work back in 2015, Zimbell House was one of the first venues I tried. That first story was The Water Wytch, and was included in the anthology, Elemental Foundations. Between 2015 and 2017, I had stories in 11 of their beautiful anthologies:

They were generous with rewarding their writers with paperback copies of the books they had stories in – something which is quite rare. It was always a fantastic day when these beautiful books arrived in the post.

Having my stories included in these anthologies boosted my confidence as a writer, and for that I will always be grateful. I wish them all the best for the future.

I look out of the window on to a black and white world. Where did all the colour go? I used to think sepia tones were dull and morose, hearkening back to a time before, tainted with nostalgia, that required the wearing of rose-tinted glasses. Now I long for those insipid hues…

The shadows outside lengthen as the sun dips lower and lower in the sky. The black and white world is now more dark than light as day slowly fades into night. The cracks in the ground, of which there are many – when was the last time it rained? – are shown in stark relief. Nothing grows here any more.

My mother has a painting of a dandelion over the mantelpiece, its bright yellow head an affront to the greyscale space it inhabits. I wonder how, when everything else has lost its colour, that one painting of a weed is as bright and as vibrant as when it was first painted…

Mum says, if she could, she would pick the seed head from the painting – it’s there lurking to the side of the bright flower. Thinking me still a child, she says she’d ask me to make a wish and then together we’d blow really hard and disperse all the seeds. Of course, my wish would be granted, she says. It’s magic. I’m not convinced, but I know I would do it any way.

And I know what I’d wish for: a secret doorway that would appear in our living room, one that could take us back in time to when the world was still gleaming and awash with all the shades and colours of an artist’s palette.

I hate the plainness here. It stifles hope.

This post was first shared on this site in September 2018. You can find the original post here.

11 word responses to Weekend Writing Prompt #196 – Possess were a little like buses this weekend…nothing, then a few came along at once… 😉

Not Mine To Possess

To do as you choose

But don’t belong to me

You possess my heart

The Possession – a horror(ish) story told in 11 word instalments

Possessed, she walked out the door, knife in hand, and mission-focused.

Staring blankly, unaware of everything, even the screams, she set off.

With no control, she was at the mercy of his ghost.

And he had a plan, one carefully forged after his death.

He’d had to bide his time. Wait patiently. And he did.

Until now. His wait was over. The woman, his instrument, possessed.

One he’d left behind. One more body he meant to collect.

Fera had been looking forward to the Spring Fair since the end of the Winter Market.  Beneath clear blue skies, the sun shone bright and strong, making it feel unseasonably warm for this time of year, but who was going to complain that the weather was better than it should have been?

As Fera moved in and around the crowd, she couldn’t help but smile; she was mesmerised by the noise and bustle of activity wherever she looked.  Then, above the calls of traders and the chattering of gossips, she heard it, soft and distant at first, but as she pushed her way through the throng, it became louder and louder until suddenly she found herself at the front of semi circle of people.  Before her a man a few years older than herself was strumming on a harp.

Was this magic? she wondered, before the very thought disappeared, chased away by the enchanting melody.

When the music finally stopped, she realised she was the only one still there with the musician.  The market traders had packed away and gone, the crowd too, though they would no doubt return for the evening entertain.  But just as that thought crossed her mind, she noticed that it was dark, day having given way to night many hours before.

Naturally, the young woman began to feel self-conscious.  Why should she remain when others had not?  Instead, all she could ask was, ‘Why did you stop playing?’

The musician smiled.  ‘Because the spell is at an end.  The charm is cast.  There is no more music left to play.’

This post was first shared on this site in March 2018. You can find the original post here. 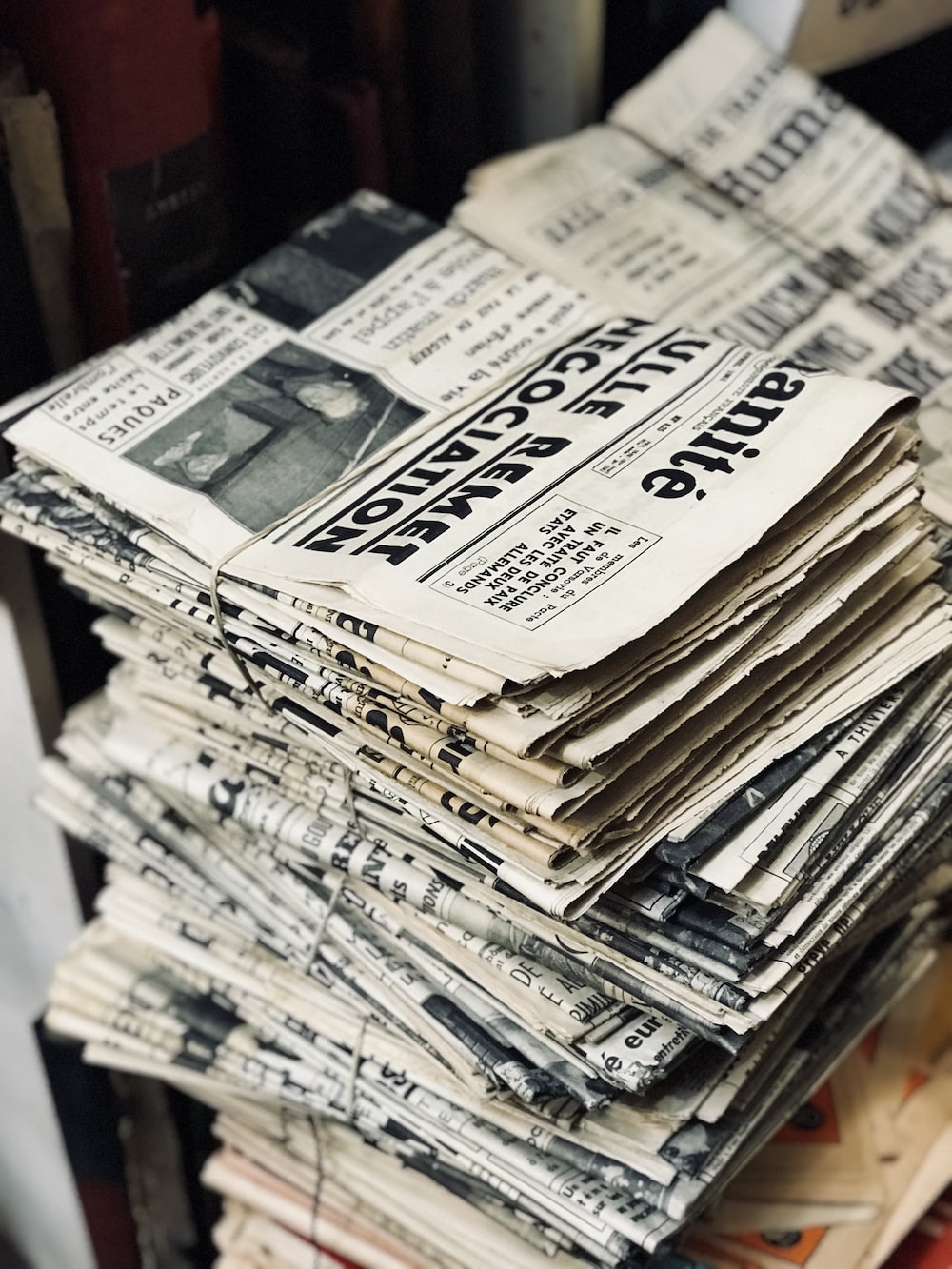