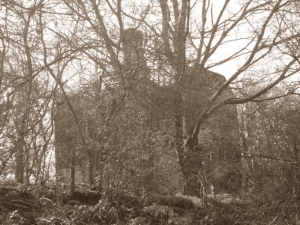 The house was perfect.  It was exactly what we had spent the last year looking for: a period property in the middle of nowhere.  It needed a little renovating; it was an old house after all.

The house radiated peace and calm, until the building work commenced.  That’s when everything changed.

The contractors disturbed more than the bones that were found buried beneath the house that day.  My dream home became a house of horrors.  Even after the bones were gone something lingered.

A dark, suffocating presence filled the house.  Noises in the dead of night.  Cold spots in an otherwise warm room.  Clocks that stopped for no reason.  Lights that would flick on and off on their own.

I was home alone, waiting for my husband to return after working late.  As I was walking along the first floor landing, I saw through the window car headlights coming up the driveway.  My husband was home.  But as I was about to turn and go down to meet him, something else reflected in the glass caught my eye, and I went deathly cold.

A misty outline of a figure was standing right behind me, and I knew that they were responsible for the all the strange and frightening things that went on in the house.  Who they were, I didn’t know and didn’t care to know.  I didn’t want to know why they did it or why they were still here.  I just wanted to be left alone.

Frozen to the spot, I heard the front door open and my husband call out.  I couldn’t speak, I was so scared.  I thought about the bones that had been discovered, and I got the distinct feeling I was going to die.

But I was wrong.

It wasn’t my body that would be found at the bottom of the stairs, broken and bloody.

This was originally posted in October 2015. You can find the original post here. 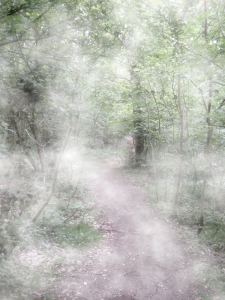 This was originally posted in May 2017. You can find the original post here. 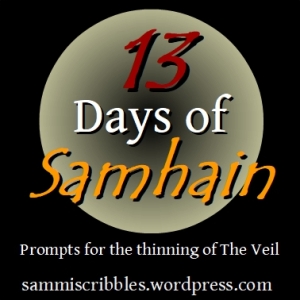 I am not to blame.

Not being psychic ensured 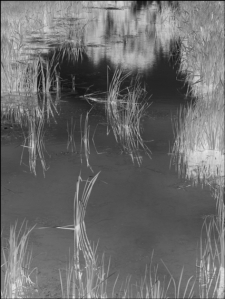 I see her reflection

In a bowl of water, a looking-glass, a dirty puddle

When she isn’t terrifying me

With her intense, unwavering glare

She’s always been with me

While she’s on the other side

But soon she will be here… 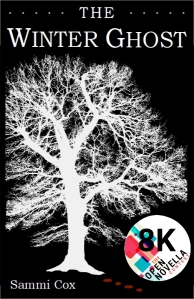 The Winter Ghost has made it onto the Open Novella Contest 2019’s Longlist!  Yay!  That was certainly unexpected…

If you’re interested in learning more about it, or would like to read it (yes, it’s free!), you can do so by following this link here, to Wattpad.

I’ve recently been busy with my entry for a Wattpad writing challenge, the Open Novella Contest, hence my prolonged absence, for which I apologise.

Using one of a set of vague prompts from all manner of genres, you had to write a minimum 20,000 word story (up to a maximum of 40,000).  It started in January, and deadlines were set by which you had to reach a certain number of words.  If you reached the milestones by the deadline, you could submit it to the contest and hopefully qualify for the next round, if it passed the judging criteria.  The final deadline was 2nd April and not only did you have to meet the minimum word count of 20,000, you also had to have the novella complete.

Rather surprisingly, I’ve made it through to Round 3, the final round, along with a whole host of amazing stories penned by some amazing writers. The results for the contest are still pending, and to be honest, I don’t expect to make the longlist because the competition is so fierce, but I have loved every minute of it.  It was such a fun challenge to participate in, and I now have another fantasy world in which to set stories, as well as a whole host of characters who want their stories told.  What more could I ask for? 🙂 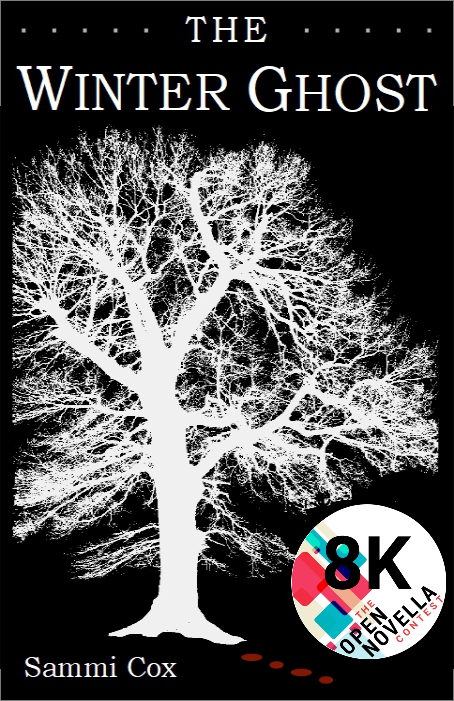 What’s The Winter Ghost About?

At nineteen, Rhyshard Pellian, son of Tershard Pellian, Lord of Kamvor, has been told by his father that he must take on the role of Acting Lord for the duration of winter. Sent to a town he can barely remember, to watch over a people he cannot recall, he is in a strange place, surrounded by strangers. But things are set to get all the stranger…

Folklore and real life are about to collide…As winter closes in on the town and the weather worsens, rumours of The Winter Ghost are whispered. Is this the year the ghost is set to return, leaving terror and death in its wake?

And what does this mean for Rhyshard Pellian? Mysteries and secrets abound as the Acting Lord of Kamvor does all he can to avert disaster. But is it enough?

* * *
The Winter Ghost is a paranormal mystery set in a fantasy world.

Where can you read it?

You can read the novella by following this link to Wattpad.  If you do have a read of it, don’t forget to let me know what you think! 😉 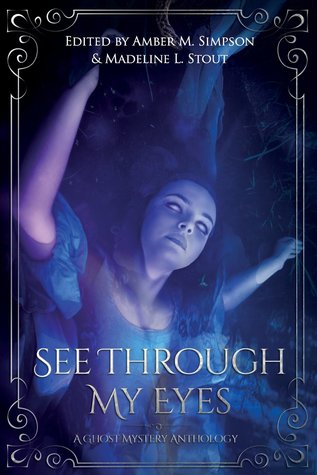 I’m so happy to share that one of my short stories has been included in another of Fantasia Divinity’s anthologies, See Through My Eyes. The anthology brings together a collection of ghost stories; my own offering is entitled, The Attic Room.

A scream slashes through the quiet night, a chill pierces your skin. The shimmering image of a woman forms in the mist, singing a haunting lullaby. She beckons. Will you go? Featuring 25 haunting stories, SEE THROUGH MY EYES is certain to chill you to the bone and make you wonder who is real and who is not. The Living? Or the dead? Join us as the dead seek to claim their revenge upon the living!

Bryony Thompson is driving to see friends who live in the middle of rural nowhere.  When her car breaks down on the way, she is forced to stop over at The Blacksmith’s Arms, an isolated country pub offering bed and breakfast.  But the ancient inn is not as quaint as it may first appear… 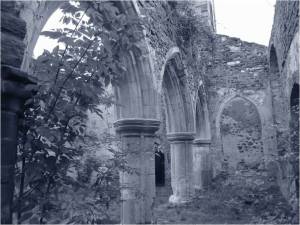 The full moon cast an eerie glow over the abbey ruins, lighting up the yellow stone work in shades of pale gold.

Through the empty doorway a shadow moved, indistinct, but with purpose, an unfulfilled mission, centuries old, repeated each night, over and over, on a quest for peace.

Written for the Weekend Writing Prompt #1 – Outcast.  Follow the link and join in!

I decided to try my hand at the poetry challenge:

Poetry Challenge – Write a seven line poem where the first letter of each line spells out “outcast” when read from top to bottom.  The theme of the poem should somehow tie in to the definition of the word.

Every night at midnight, the hanging tree creaked as if a very large weight attached to a rope had just been dropped from one of its thick, sturdy branches.  Then a shadow would descend.  Legend said anyone touched by it would be found hanging from the tree when the sun rose. 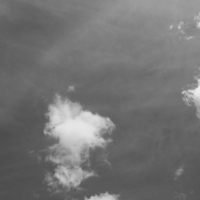 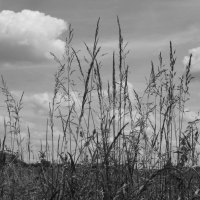 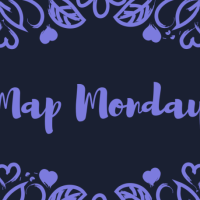 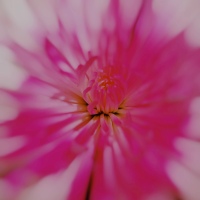