As of July 2014, another two of the stories have been completed in their draft form.

The first three novels in the Andromache Jones Mysteries have been completed in the draft form. 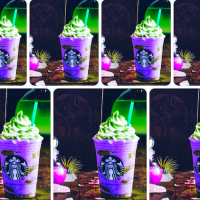